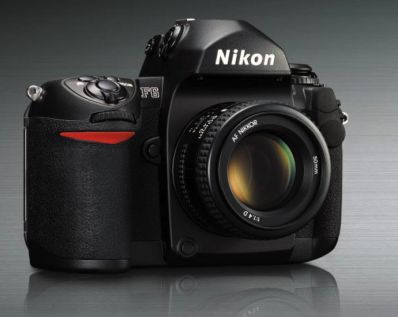 I know this is an odd camera to be reviewing about since it is an old camera but not old enough that it isn’t still being made by Nikon.

Although word has it that it will be discontinued by the end of 2018.

I won’t be discussing about the image quality since that has more to do with the skill, film and lenses. All the body does is make taking photos possible.

The last of the Nikon professional FILM camera, incorporating all the best from previous film cameras and some of the best features from their initial digital cameras.

Most people would mistake this camera from digital and rightly so as it shares many similarity to Nikon’s D200 at the time of release. Only when they noticed it doesn’t have an LCD screen at the bank would they surmise it isn’t digital camera.

Lighter than the Nikon F4 and F5 camera series, it offers a lighter body while maintaining a lot of the best features. For example, the F4 couldn’t uses the VR found on many lenses while the F5 had to use a lot of AA batteries making the body bulky.

But with the F6, it can use all of Nikon’s lenses (with exception with the latest E lenses that has an electronic aperture) with a smaller body.

The only tradeoff is that it uses CR123A batteries instead of AA (but the optional add on grip can use AA batteries).

You can get about 20~30 rolls of film when uses a set of CR123A depending on what kind of lenses (VR, AF-S, AF-D) since those may drain the battery faster

But I never have been without batteries since a pair of them are  small (smaller than AA) I always carry 4 of them with me at all times when I’m out shooting.

The light meter is very good and accurate. I haven’t had any serious issues so far. Designed specifically for slide film – an important point since slide film was very intolerant of exposure mistakes. It does wonder for color negative and monochrome films.

It’s also very easy to read when viewed through the viewfinder. There isn’t much that can be said except that it works well. Unlike the Nikon Fm3a, it can also be viewed at night without any issue – just like the F4 and F5 series.

Ergonomically it is a joy to hold as well since it isn’t too heavy but tough enough it can be rough handled.

An improvement over the F4 is the rubberized texture grip (sorry I never owned the F5), it provides a better grip since it has a deeper grove on it than it did on the F4 – it had a smooth rubber grip without a deep grove. While aesthetically pleasing (the smooth grip on the F4) but I was concern about it slipping off my hand. I would wrap texture tape on it (you can get a roll of it from any sport store).

But if you want something that can really take a beating or is war-proven then I suggest either the F4 or F5.

If you look careful on the camera strap lug, you can see the remaining pieces of the port coverings. I managed to find a replacement for the remote port for now.

The only issue I have with it are the rubber caps covering the PC sync and remote ports – after a while they tend to “rot” or disintegrate since they are rubber. I prefer the plastic caps found on the F4 or even the F100 (the budget entry of the F6 that was released about the same time).

Otherwise, the Nikon F6 is a proven and reliable camera. I suggest you snatch one up if you have the opportunity.