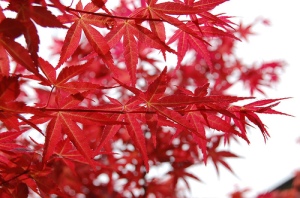 I’ll be traveling Japan on the 10th of October till the 22nd. This trip was actually on a spur of the moment when my friend CrossChannel asked if I wanted to check out a trip to Japan during the matta fair back in June. We managed to get a pretty good deal, and we got the tickets a few days later so it wasn’t a scam as I thought.

At the time I had thought my USA business was still a green light but after making the booking for Japan (I was worried about how I was going to afford the trip as I would be blowing a lot of money for my USA trip) I think about 2 weeks later I was told that the USA business trip was canceled due to cost cutting, 4 days before the actual trip…..bummer.

Though I decided to look on the bright side, I could now go all guns on the Japan trip plus extra spending as I have been saving up even further. Although I had to now some extra stuff for the trip but it presented no problem.

All hotel, itinerary planned, and transport details handled, I am now ready. For this trip I won’t be bringing my computer notebook as I want to travel light (“light” is a relative term here considering the stuff I’m bringing) and also with less hassle, I don’t want to have to worry about anything else except for my well-being and camera.

My storage options will be handled by 2 external harddisk, one is an OTG device while the other a regular external notebook harddisk. I have already checked the details at all the places and they provide a computer room for travelers to use for basic stuff.

I’ll be going to Tokyo, Kyoto, Nara, Himeji, and Kanazawa. I’ll focus mostly on getting beautiful scenery, wish I had time for some anime conventions but sadly all the good ones have already pass or will be only after I leave. For the first 4 days I’ll be with my buddy but after that I will be parting ways on my own to Kyoto from Tokyo.

Its a bit scary that I’ll be on my own when I go to Kyoto although we have given each other the phone numbers of the hotel we will be staying at but my worries is primarily on language barriers. But then like Sylvia once told me, “Try going on vacation to a country where English is not the native language, its an enlightening experience”. Of course I won’t be going there blind as I’ve been learning Japanese for a month now (no not anime version you dolt!) but I can’t read Japanese at the moment.

I have all the maps I need as well as train schedules, it’s now or never. I’ll try to do a blog update as I go along but judging the way I’ll be cut off from internet most of the time I think it will be unlikely.

I’ll try to use that email to blog function but we’ll see what happens.

In any event, pleasant dreams !